After the San Jose Mercury News ran a nice article about my photography project last October, Tad Hirozawa contacted me about sharing his story of Poston with me. After I photographed Tad at his home in San Jose, we sat down and recorded a lot of material of his memories of the Salinas Assembly Center and the Poston internment camp, where he was a neighbor of the distinguished cartoonist Jack Matsuoka. Tad was twenty years old when his family was forced into internment, so he has excellent memories of the trip to Poston and the living conditions in the camp. He also surprised me with an interesting insight into why internment may have actually been a blessing for some Japanese-Americans (see the last audio recording below). 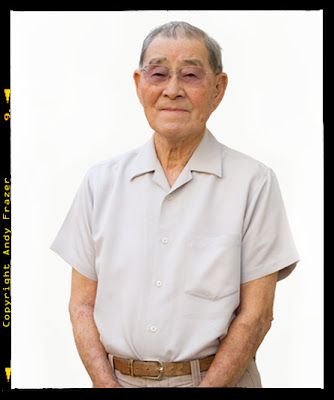 
Tad also gave me copies of the programs for two recent reunions for the Poston II internment camp, which he asked that I give to the Japanese-American Museum of San Jose (detail below). 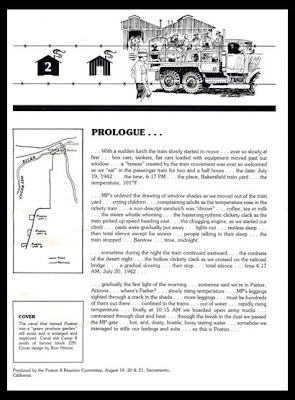 To listen to many of Tad's memories of the Salinas Assembly Center and the Poston internment camp, please click on the LISTEN links below.